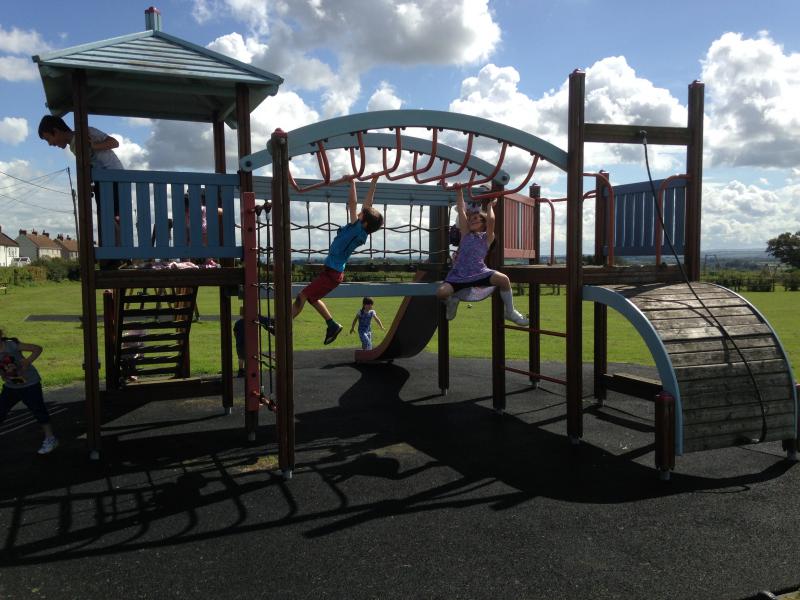 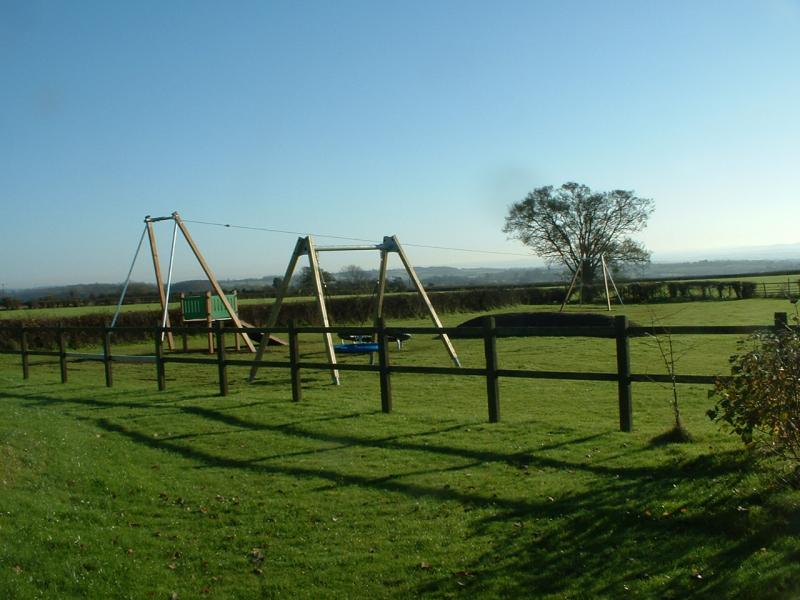 In the late 1990s the need was identified for a recreation field in the area and most particularly a football pitch. High Ham has had a keen football team in the past playing on a pop up pitch on nearby pasture land to the west near the main road. The team had their own strip and held regular matches.

A suitable field came up on the market in the year 2000 and was purchased by the parish council. The land was known as’ Fido’s field ‘after the previous owner. A subcommittee of the parish council was appointed to manage the playing field and a constitution formulated.

Work commenced on site, the ground was levelled, stone picked and rolled and levelled by volunteers from the local community and the grass quality gradually improved.

An application was made for a car park with vehicular and pedestrian access and play equipment to SSDC in 2002 which proved successful.  Subsequently following hard work on a fund raising program by a group of volunteers resulted in a successful bid for football goals and a playable pitch, younger children’s play equipment including swings, a climbing adventure and slide module and an ambitious BMX Biking track with a fenced and gated surround.

Following further fundraising from local events and assistance from Sport England a basketball installation was made and a pod installed as a shelter for football spectators and occasionally the plighting of troths.

Further grant aid sponsored a junior play area in 2009 and grant aid from the Somerset county council provided trees and shrubs to provide a planted margin to the BMX track and the wing fencing of the vehicular entrance were also hedged.

Various football matches were held on the pitch which remains playable when others are sodden. In good tradition, a local team played challengers from Pitney and around this time a regular charity match was and continues to be played on the 27th December for Clic sergeant. Formal training sessions have been held for junior Aller park teams.

A successful annual ‘rock fest’ music event was held in the summer for several years. Local bands provided the entertainment in a marquee with a barbeque.

The Queen’s jubilee year was marked by festivities including a summer bonfire in the adjacent pasture field and a Jubilee oak tree given to the village and planted with help from the pupils at High Ham primary school. A fun day was held for younger children. Over the past few years the school has helped with shrub tree and spring bulb planting around the teen play and BMX areas. A wild flower area is also developing well alongside the new planting.

High Ham primary school makes good use of the field for its annual sports day with races around the perimeter.

A teen play area was installed with a Zip wire, multiswing and Kompan Supernova in 2013 with money raised by fund raising events, lottery grant aid and a number of other grantors and private donors now listed on a board by the gate. Match funding was also received from SSDC.

New 7 a side football goals were purchased in 2016 with Playing field funds and SSDC and these have enabled smaller groups to play.

The playing field is an important asset to the local and wider community and is in regular use by families and groups of youngsters. We hope to continue to develop this resource for the enjoyment of our community.