The Village Memorial Hall - its story 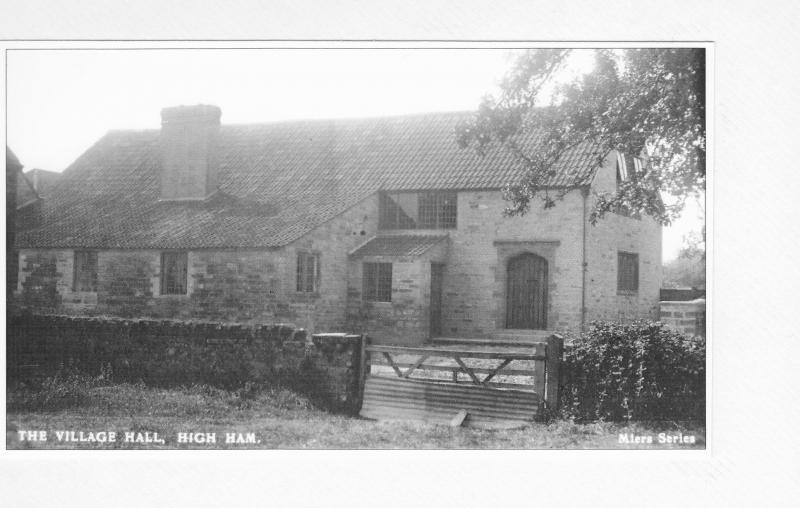 In 1918, after the Armistice, it was agreed by a group of High Ham residents to create a memorial to the 18 men who died while in service in WW1.

In a letter dated 11th December 1918, Dr Hugh Hale Leigh Bellot wrote to Rev. Beviss Thompson: '... a movement is on foot in the village to erect a memorial to the men who have fallen on the village green ... in my opinion, which is shared strongly by Mrs Carne Hill, a more suitable memorial would be a village hall...upon the outside of the building a war shrine would be placed, with a tablet recording the names of those who had fallen, inside a Roll of Honour of the names of those who had served in the war...'

Rev. Beviss Thompson replied on the 13th: 'The parish meeting decided unanimously that a memorial be erected on the Green ...but within a day they had changed their mind and wanted a village hall.'

Subscribers were sought to fund the building of the hall. A fund of £688 8s 3d was raised by residents, and groups and events - the Girls' Club, Mrs Carne Hill's Players, the Comrade's Concert, Whist Drive.

'...the hall should be of a simple character ... we believe such a building would fittingly perpetuate the memory of those whom we have lost. We desire that the spirit of their lives should continue among us as an abiding influence in our daily occupations. We propose to inscribe their names upon a tablet placed in a niche ... the Shrine, we hope the women of the village would furnish with flowers.'

In June 1924, a barton with land was purchased in the middle of the village for £171, and by January 1925 Mr Philip Tilden, an architect from Chipping Camden, offered his services free in respect to his friend Lt. Bryson Bellot who had died in 1918, to design the reconstruction of the barton as the village hall. In a letter dated 31st January 1925, Philip Tilden wrote to Dr Hugh Hale Leigh Bellot:

'... I want to buy the stone windows that are only 8 miles away, three really good ones at £5 a piece. There are two not quite so good at £3 a piece, and a very fine Tudor fireplace ... if it is not needed, I can sell it again for £9. I am getting estimates for metal lights in metal frames, and am also sending the screen and woodwork ... I must send a lorry over, carrying the whole lot from Tiverton. I should also like the lorry to pick up some stone-work, all of which is Ham Hill at Combe. There's a very fine front-door and great blocks of stone steps and corbels, all of which I can get for £10.' Philip Tilden (1887-1956) was a fashionable figure designing or altering houses for the rich, grand and famous. He was involved in the Arts and Crafts world of C. R. Ashbee at Chipping Camden. His clients included Winston Churchill, Lloyd George, Philip Sassoon, Lady Ottoline Morrell, Gordon Selfridge. 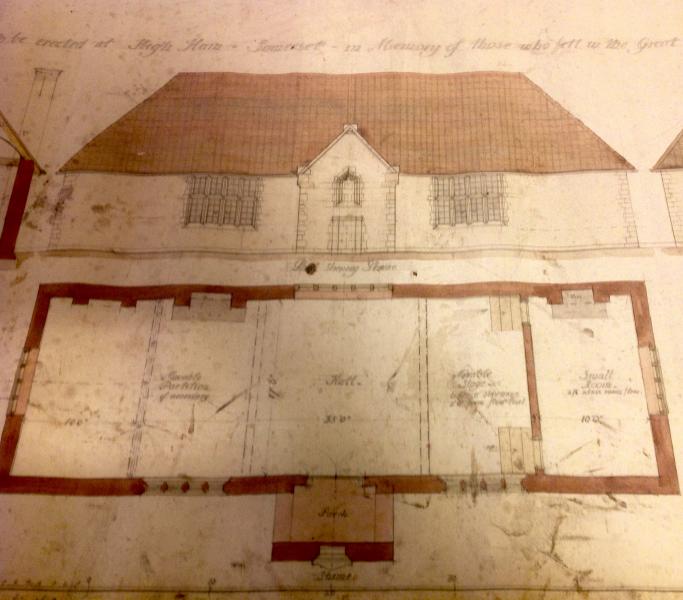 Architect Philip Tilden's drawings for the proposed Memorial Hall. Note the shrine marked by the porch* 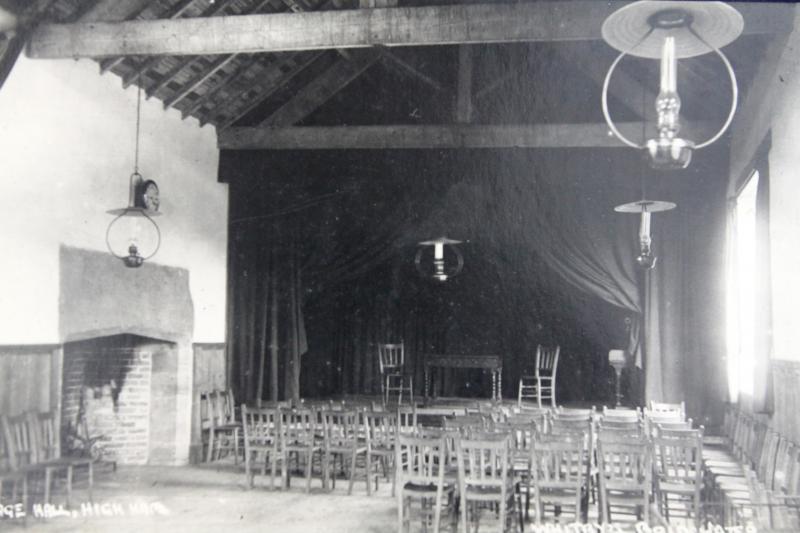 The interior c1925. Note the gas lamps and Tudor fireplace

The shrine with inscribed tablet and Roll of Honour was never erected in the hall. In 1920 planning began for a Roll of Honour to be placed in the church, with Philip Tilden commissioned to design it.

The Memorial hall was officially opened, despite the building work not being finished, on 1st July 1925 by Major Cely Trevilian, High Sheriff. In his address Major Trevilian said:

'The village hall should be usd to the fullest extent for singing ad dancing, for the purpose of craftsmanship and debate. They should make it part and parcel of the life of the village and parish ... they should always remember the past, and what the Memorial Hall stood for. They must never forget the graves in Flanders Fields, under the sands in other countries, and other the cold waters of the North Sea, lay their own flesh and blood.' 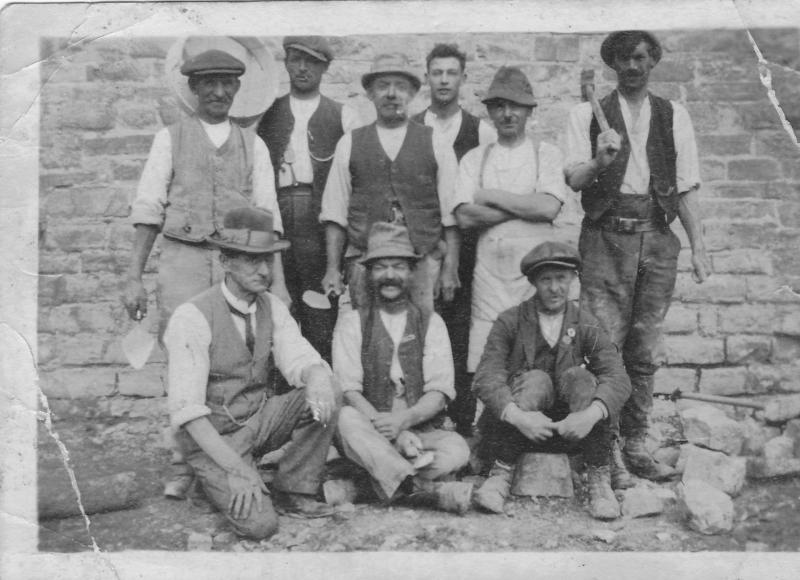 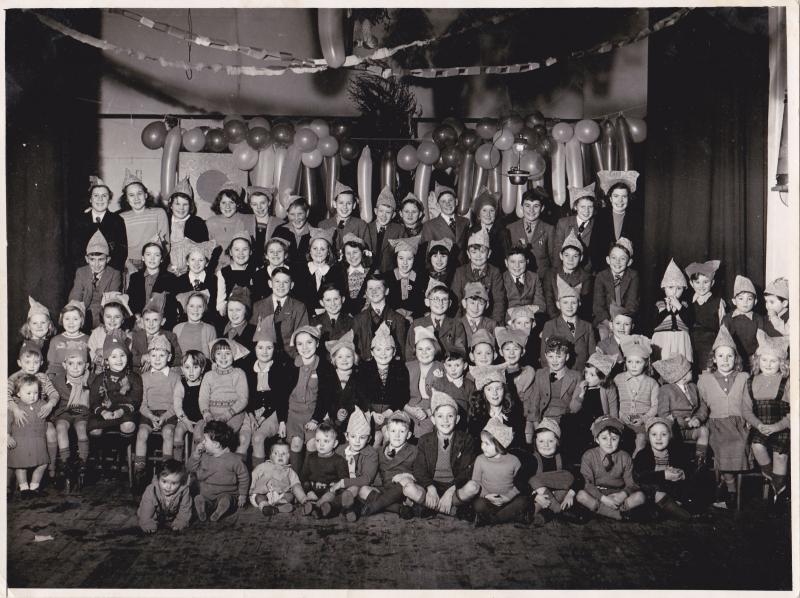 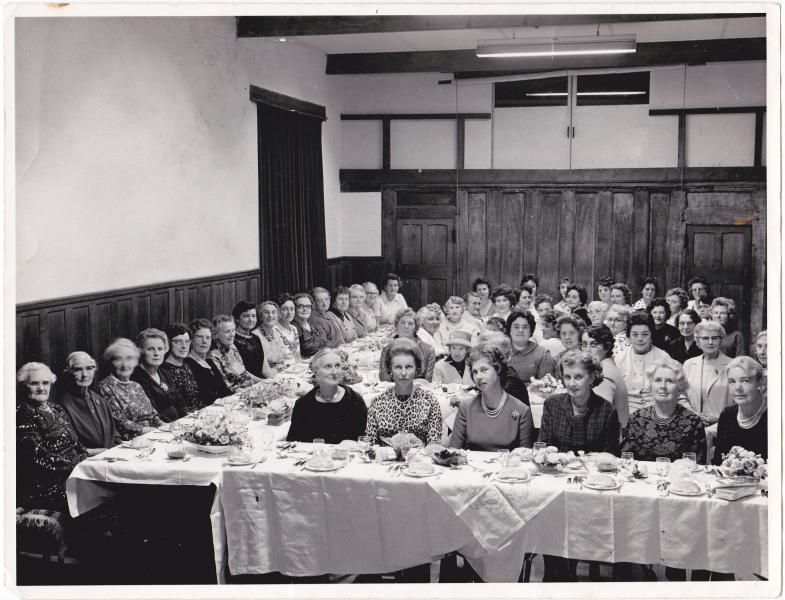