Parish Volunteer Footpath Strimmer: Nick Fear is our volunteer strimmer. He has all the necessary training, insurance cover. The equipment is supplied and maintained by Somerset County Council. 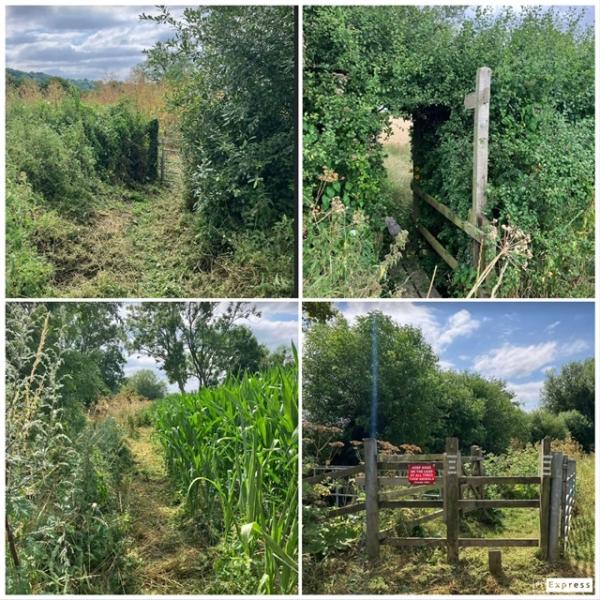 Harry Plant has now completed the necessary training so will be joining myself in looking after the Parish footpaths. 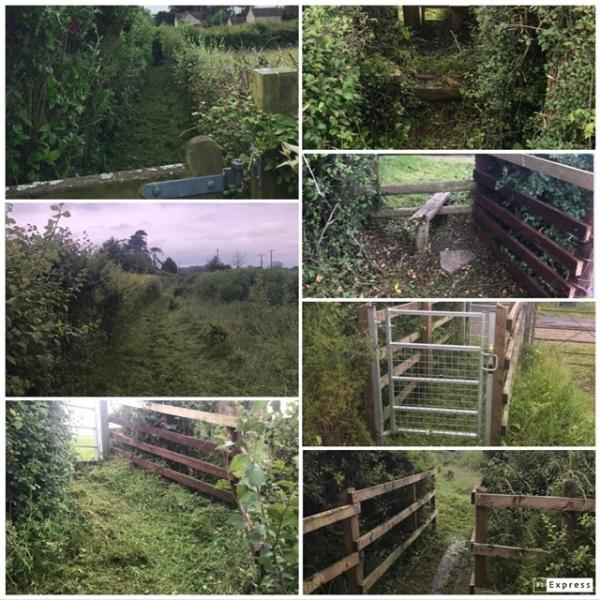 Nick Fear been busy on overgrown stretches: along Poorclose Lane footpath; the path from village hall to Turnhill Lane; and the footpath from Breach Furlong to Sedgemoor Hill. Thank you Nick. 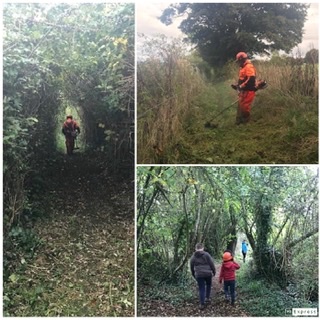 Nick Fear and his sons  clearing the footpath L12/36 from Breach Furlong to Sedgemoor Hill, then on to East field Nature Reserve. Nick has just been elected to the Parish Council, Nick is just starting his 3rd season in this role with the last year totalling around 22 hours of footpath clearance.

March '22: Nick started the ‘22 season by  clearing Poorclose Lane path of dead wood, and a large bank of bramble at Cradlebridge, on the Pedwell road. (the footpath follows Kings Sedgemoor Drain east to Henley Corner, west to Greylake) The fingerpost is rotted at the base, and steps need attention - reported to SCC RoW team. 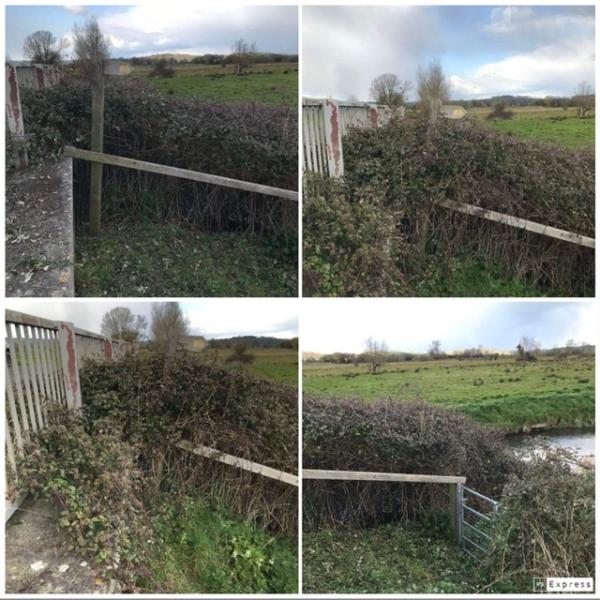 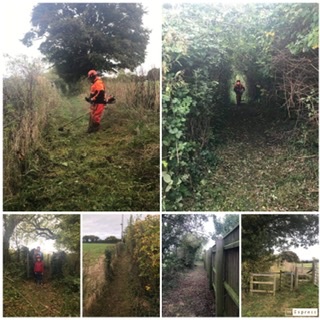 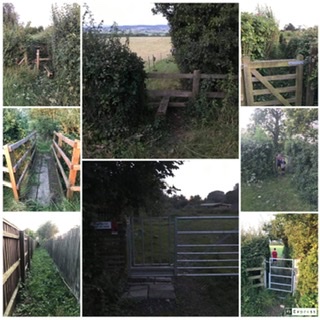 Late July 2021: Before and After’ NICK FEAR clearing vegetation from parish footpaths in recent days, despite the extreme heat! The footpaths  LT12/1 and LT12/2 in the area of Broadacre Bridge, Cradle Bridge and High Ham Rhyne. 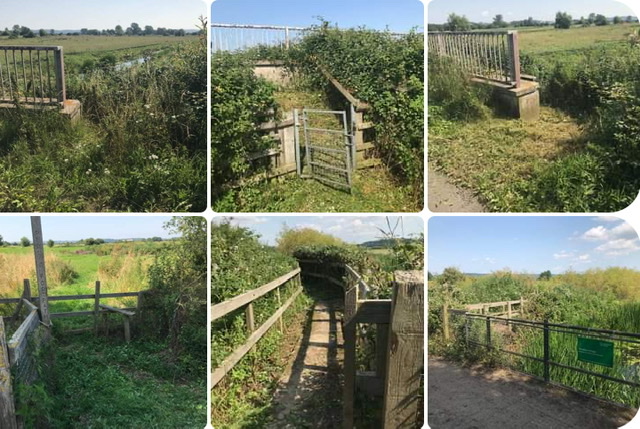 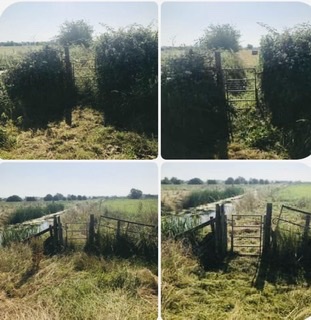 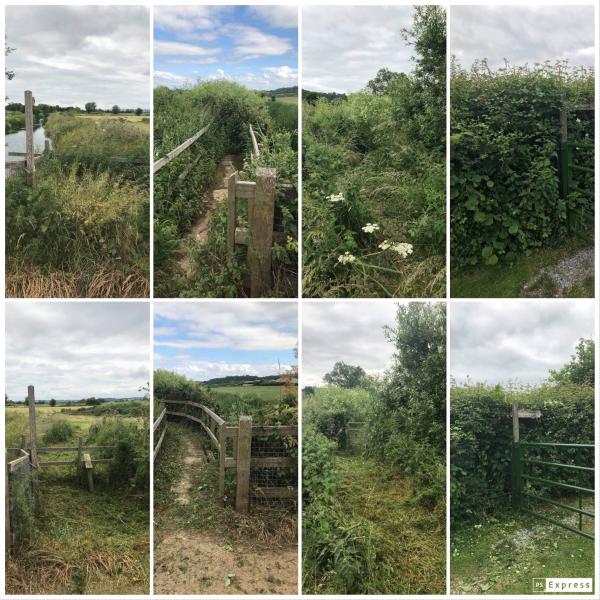 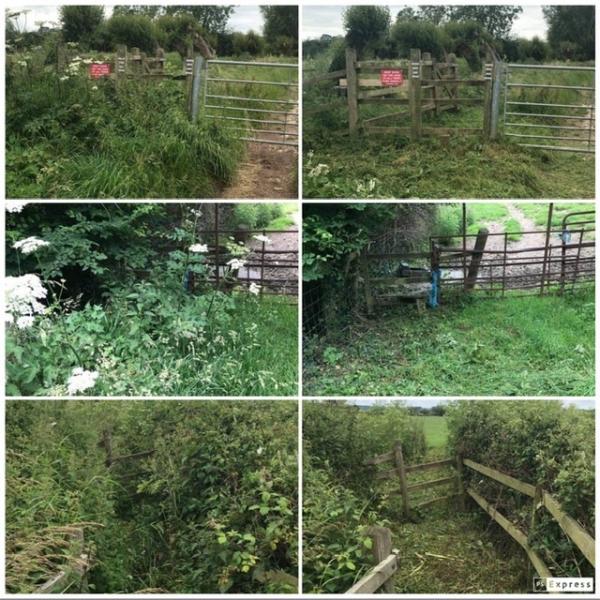 early June 2021: The gates and stiles at the entrance to footpaths on Culver Hill and Leazemoor Lane have been cleared by Nick Fear - before and after. 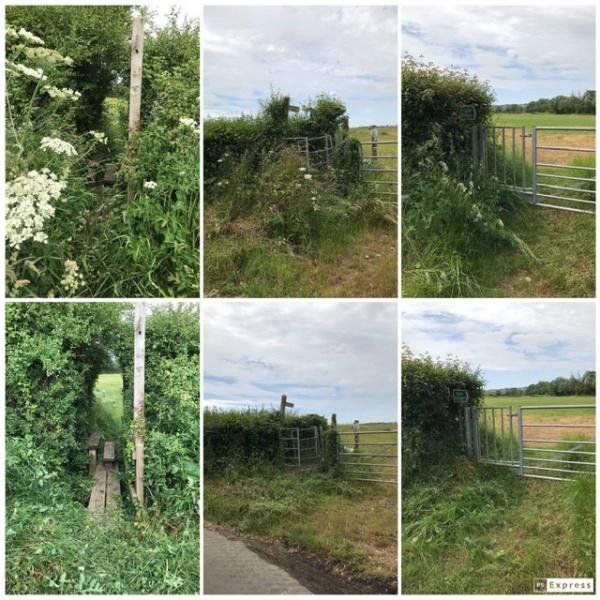 May 2021: Nick Fear started this year's strimming season by clearing the footpath Poorclose Lane on Ham Hill, and the footpath between the end of Breach Furlong Lane and Sedgemoor Hill and East Field Reserve. So no more being soaked, stung or scratched... until the vegetation regrows! 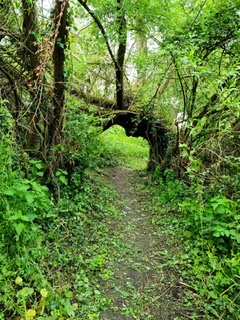 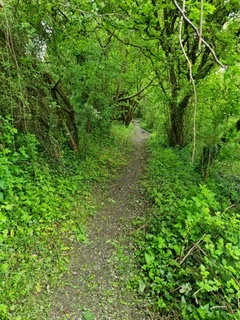 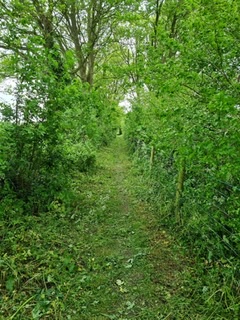 July 2020: Nick Fear, our Parish Volunteer Foothpath Strimmer strimmed around the first 2 gates on the footpath along the River Cary - from the High Ham Pedwell end. This is a lovely riverside footpath that allows the walker a different rear view of many of the Henley houses and farms. Nick also cleared stiles at the entrance/exits to footpaths on Clulver Hill and Leazemoor Lane. 'Before and after' photos taken by Nick. 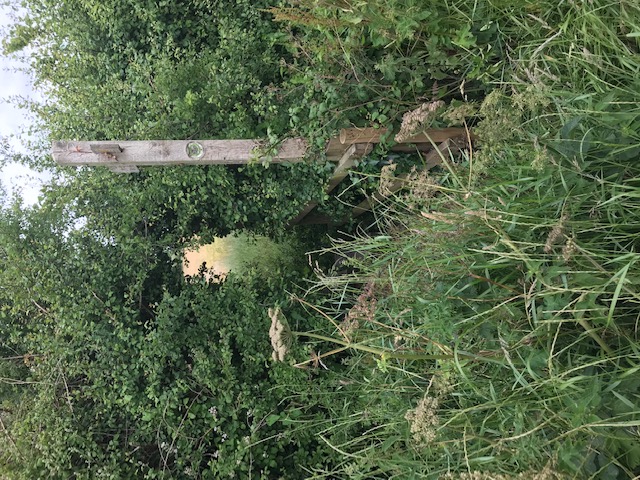 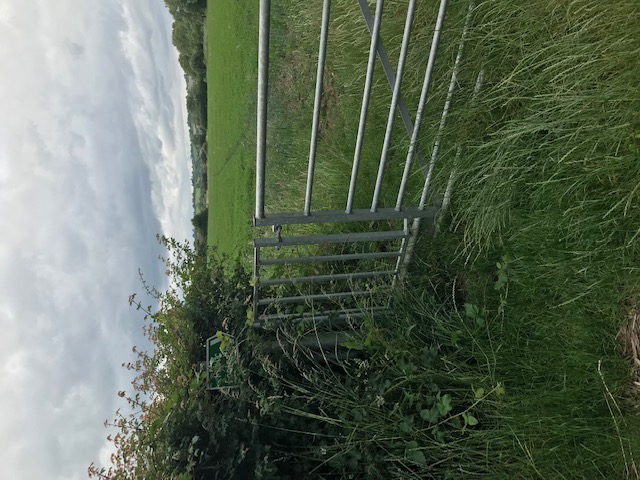 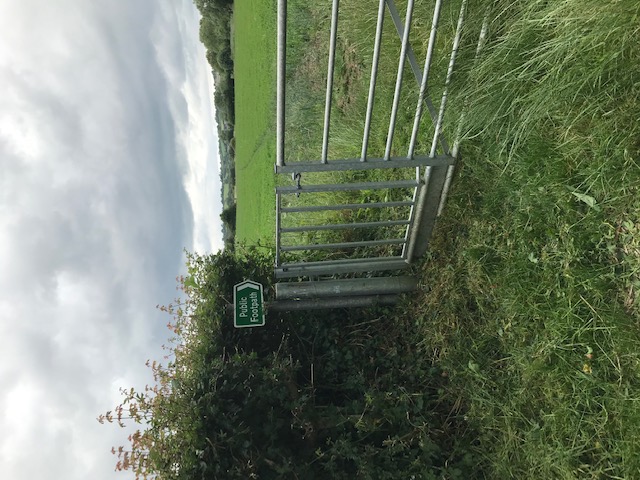 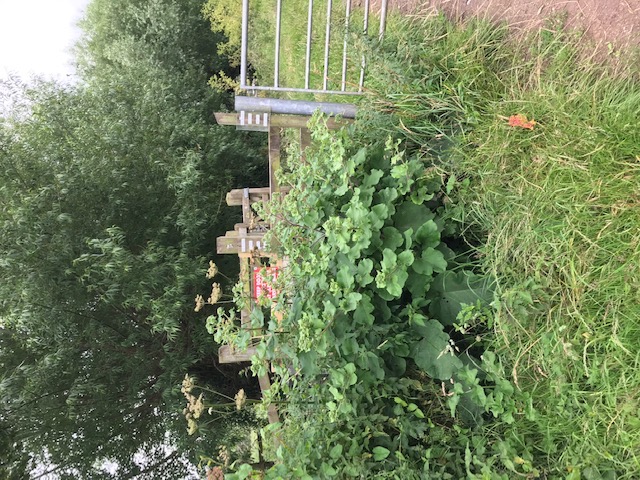 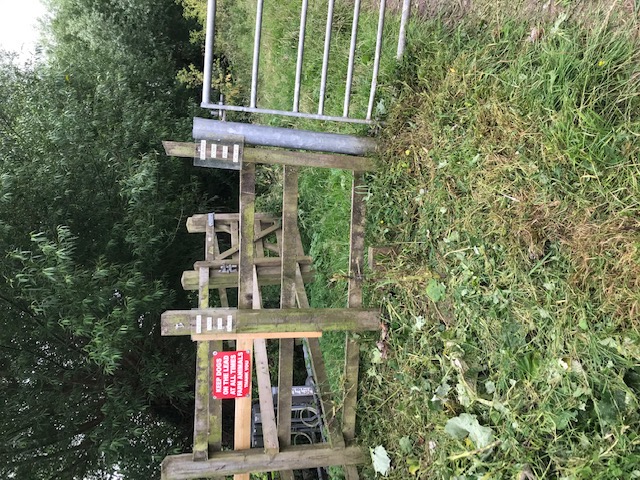 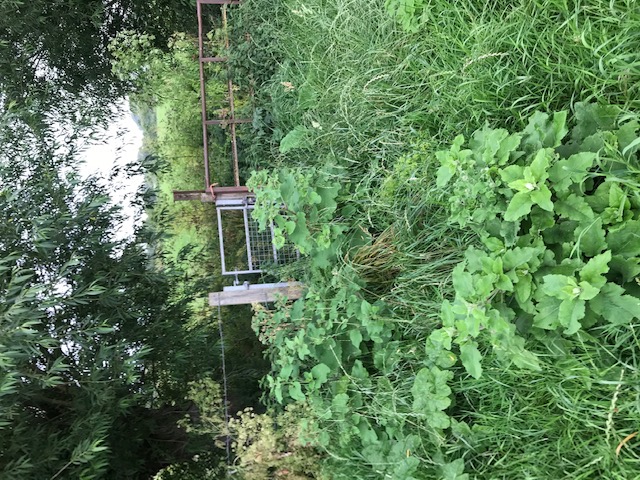 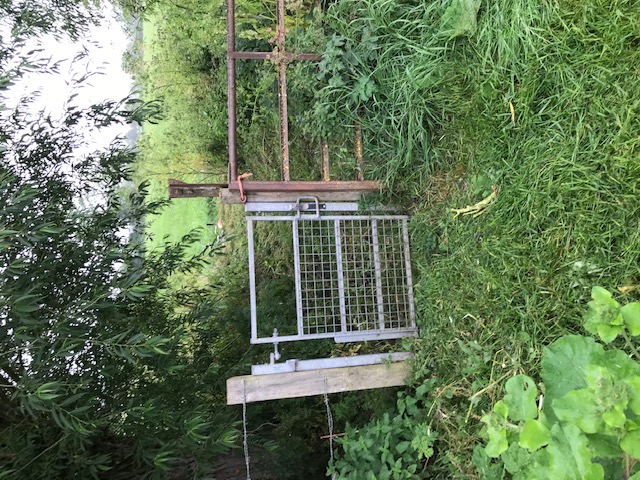 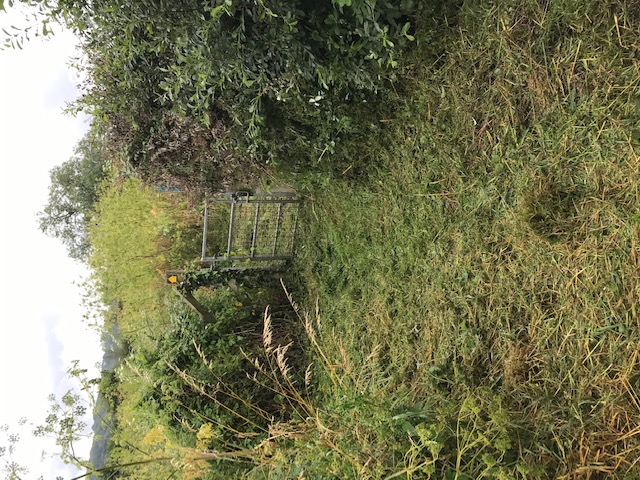 June 2020: Nick Fear, our Parish Volunteer Footpath Strimmer, has been given the ok to commence his work in strimming overgrown footpaths in our parish. he has started by clearing the very overgrown footpath that leads from Breach Furlong Lane to Sedgemoor Hill and on to Eastfield Nature Reserve. 'Before and After' photos taken by Nick. 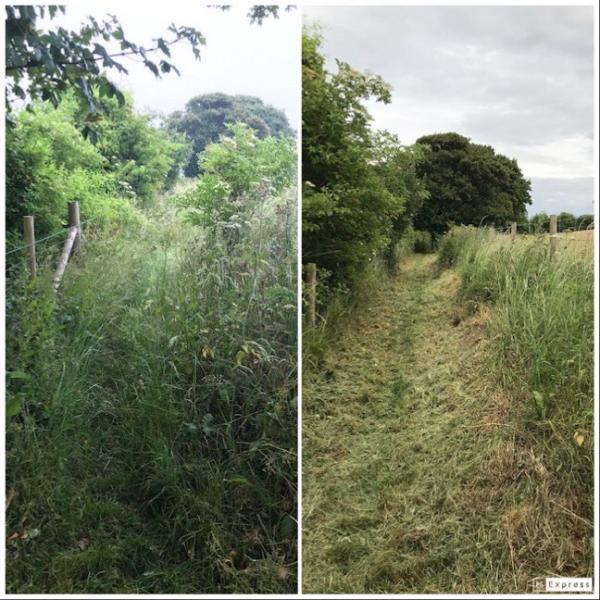 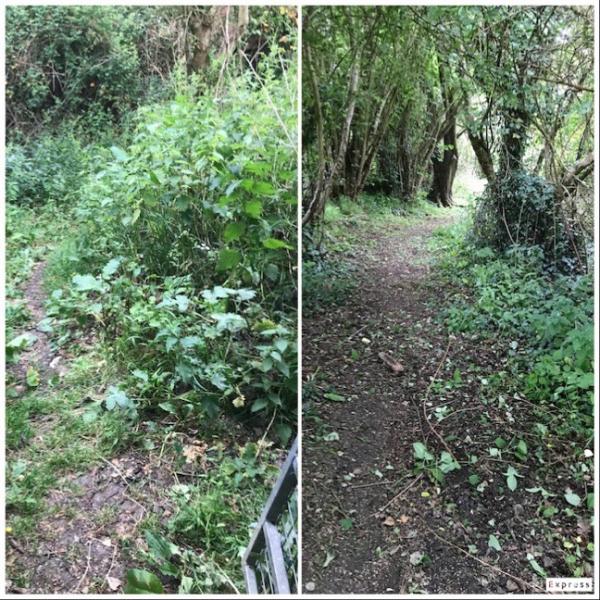 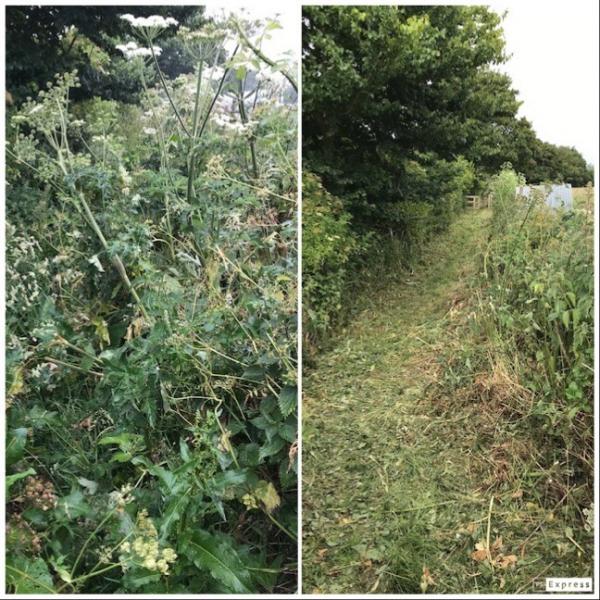 The Somerset Strimmer Project is run by Somerset County Council (SCC). It uses Parish Councils and volunteers to help the SCC Rights of Way Service maintain its duty for keeping public footpaths, bridleways, and restricted byways clear of vegetation. The use of volunteers is fully funded directly by the SCC. Volunteers are given appropriate training and the use of a strimmer and protective equipment to do the job.

In July 2019 Following Tony Whitford deciding to relinquish  the post of Volunteervstrimmer, High Ham Parish Council advertised for a volunteer to strim its footpaths. One volunteer from the Parish came forward, Nick Fear. Many thanks must go to Tony for establishing the role, working hard to keep the paths clear, and for leading the Parish Walks.

Strimming operations are broadly made up of two phases: the first involves inspection of the site/ location to check out any H&S issues, access and the scope of the work to be done; the second involves the actual strimming. Inspections are often carried out on separate days from actual strimming.

•       Lack of use – Apart from the central footpaths in High Ham and Low Ham, most footpaths are barely used. This is evident by overgrowth of stiles and gates particularly on the moors.

•       Stiles, Gates and Signage – Many stiles, gates and signs are in a state of poor repair or missing altogether. It is disappointing that no action has been taken on defects reported to SCC over the past year.

Inspection and strimming operations will need to continue throughout the summer and autumn. The parish should consider making plans to:

•       encourage landowners to respect the footpaths that cross their land and remind them of their H&S obligations regarding cattle, fencing

This is a joint scheme between local volunteer groups, Parish or Town Councils and Somerset County Council Rights of Way Service to provide training and equipment to enable local individuals to clear vegetation on the footpaths and bridleways.
For further information please contact: Rights of Way Maintenance and Development Team Tel: 01823 358250 Email
More information can be found at www.somerset.gov.uk/rightsofway